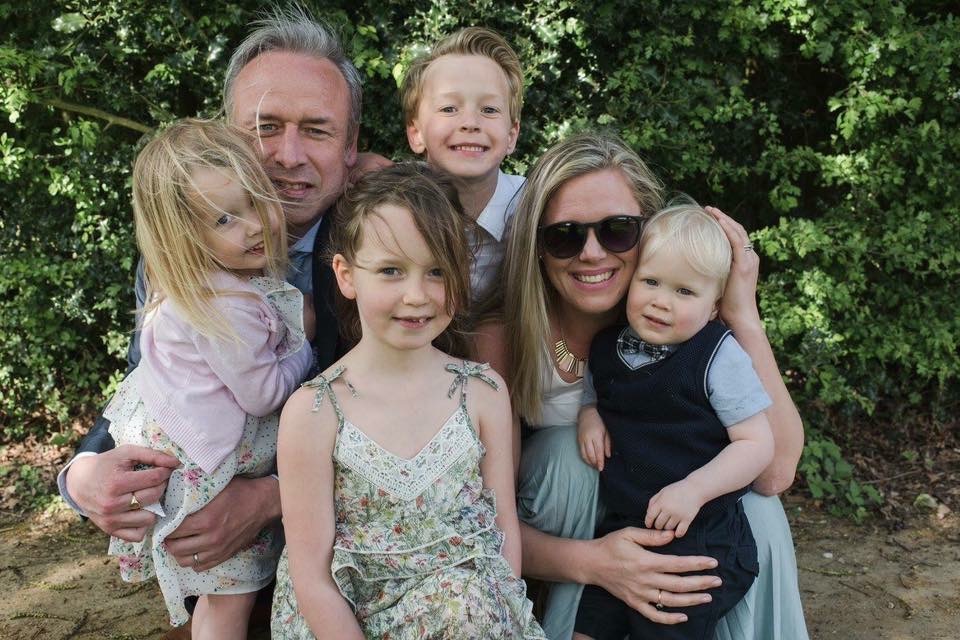 My name is Eve Squires, and I once was where you (quite possibly) are now.

As a mother of four children under 6 (who are now four under 12), I was beyond exhausted, so much so that my eyes stung and I felt physically sick a lot of the time. I was forgetting everything, was super clumsy and forgetful and I was completely overwhelmed, finding everything too much, however positive and ‘on top of things’ I was trying to be. I was as run down as I’ve ever been, getting poorly almost double the amount of times I was used to. Mouth ulcers were regular occurrences and my body regularly begged me to slow down; to change the narrative of night after night, week after week, month after month of broken sleep. The greatest sadness of all, though, was that I was not enjoying the precious years that we’re told are so fleeting. I was not being the mother I knew I could be and this felt like such a waste. I knew change needed to come, but I didn’t know where to turn, who to trust or how on earth to begin.

Calm & Bright was born out of my own devastating sleep deprivation; a toxin that was polluting my body and mind and impacting detrimentally on every aspect of life, and every member of my family. I was uncomfortable with the rigidity and harshness of the mainstream ‘sleep training’ methods, so I created my own loving, sensible and responsive way to peacefully resolve the sleep disturbances my family was facing. When I saw how speedily and dramatically it changed my life (my eldest went from waking 2 hourly to sleeping 12 solid hours within 3 nights, and was all the more bonded and attached as a result) I felt compelled to help others and it became my vocation. I spent five years volunteering my time completely free of charge, helping families in need in my local area. For five years I would stay over at these people’s houses and stay up with them during the night, then drive home at the crack of dawn to breastfeed my own babies.

As word spread about my 100% success rate, it became impossible to fit everyone in on a voluntary basis. Almost 11 years later, CALM & BRIGHT supports families from various demographics across the globe via its 5-strong team of Sleep Supporters. Eve and Gemma (Eve’s sister, C&B Director and Award-Winning Paediatric Nurse) and their team of highly qualified women (who have all themselves been sleep deprived) enable and empower families wherever in the world they are called to help. We have had the honour of helping clients in Hawaii, Kenya, New York, the French Alps and Singapore, to name a few of the places our families have lived.

I am sometimes asked if my children are all perfect sleepers! Of course they weren’t to start with, which is how C&B came about! How else could I presume to help others if I hadn’t been there myself? I struggled severely with broken sleep for many days, weeks, months and years with my first two children (who are now 11 and 9 and who still adore and value their own sleep.)

Before I addressed my own children’s sleep issues, I was in a black hole of exhaustion and at my wits end. I was a mess; exhausted, irrational, snappy, defensive, hyper sensitive, over-emotional, forgetful, absent minded, anxious, low energy, finding it impossible to take care of myself with good nutrition and exercise as didn’t have the efficiency of mind nor energy to plan or stick to anything productive. Some days I didn’t even manage to wash. My relationships in and outside the family were suffering as a result. I was an inconsistent (and at times a bad) parent. I was not the best wife. My husband and I didn’t sleep in the same bed for months. I didn’t feel I was doing anything particularly well, and I was so tired that sometimes I wondered if there was more to my fragile nature – could I be post-natally depressed?

But deep down I knew it was ‘just’ exhaustion. And I knew what was preventing me from taking action: I was staunchly anti-controlled crying because, to me, crying equated abandonment. My role as a parent was to protect and nourish my children physically and emotionally, and I believed that my children’s psychological security would be compromised with any kind of sleep training.

It seemed you had to be either in the camp of a regimented, restrictive routine that seemed to me to dominate your life rather than serving it, missing out on all the lifeline groups that took place at ‘nap time’; or you walked around barefooted, co slept and fed on demand, and would jump up bolt upright every time they hiccupped, incase they were psychologically damaged by your absence. I didn’t think I was quite either (although I did breastfeed, co sleep, and often forget my shoes!)

So I did nothing, and survived day by day, going jaggedly through the motions, mostly in the wrong order, instead of enjoying the precious time as much as I now know I could have. But the ‘surviving’ stopped one day, and everything changed. I had a near miss in the car with my little one in it, because my brain was so tired it wasn’t working efficiently, and that compelled me to find a solution once and for all. How bad could it really be, to fix it over a few days, when we’d all suffered not just days but weeks, months, years of running on empty?! It was hardly working as it was, so what did I have to lose?

Within three days, with the unfailing support of my dear Mum who drove across the country to help me, we had sorted it! There was of course some resistance (what change worth making doesn’t present struggle first?) but the peace, happiness and relief that followed from night after night (after night) of 12 hour sleeps outweighed the hard work so heavily that I only wished I’d done it sooner. On Night One my daughter, who used to wake every 45 mins to two hours, did a six hour stretch! (She had never done more than three hours!!) After that, my children slept, solidly, contentedly and happily, for 12 hours at a time. That was eleven years ago, and they still sleep beautifully now.

I want to finish up by telling you that I was once a very, very tired and very very sad and desperate Mum who felt she was getting everything wrong. But I am a Mum who overcame all that, and I can now help others like you overcome it, too.

I hope you can join me on the other side (it’s so much brighter here!) 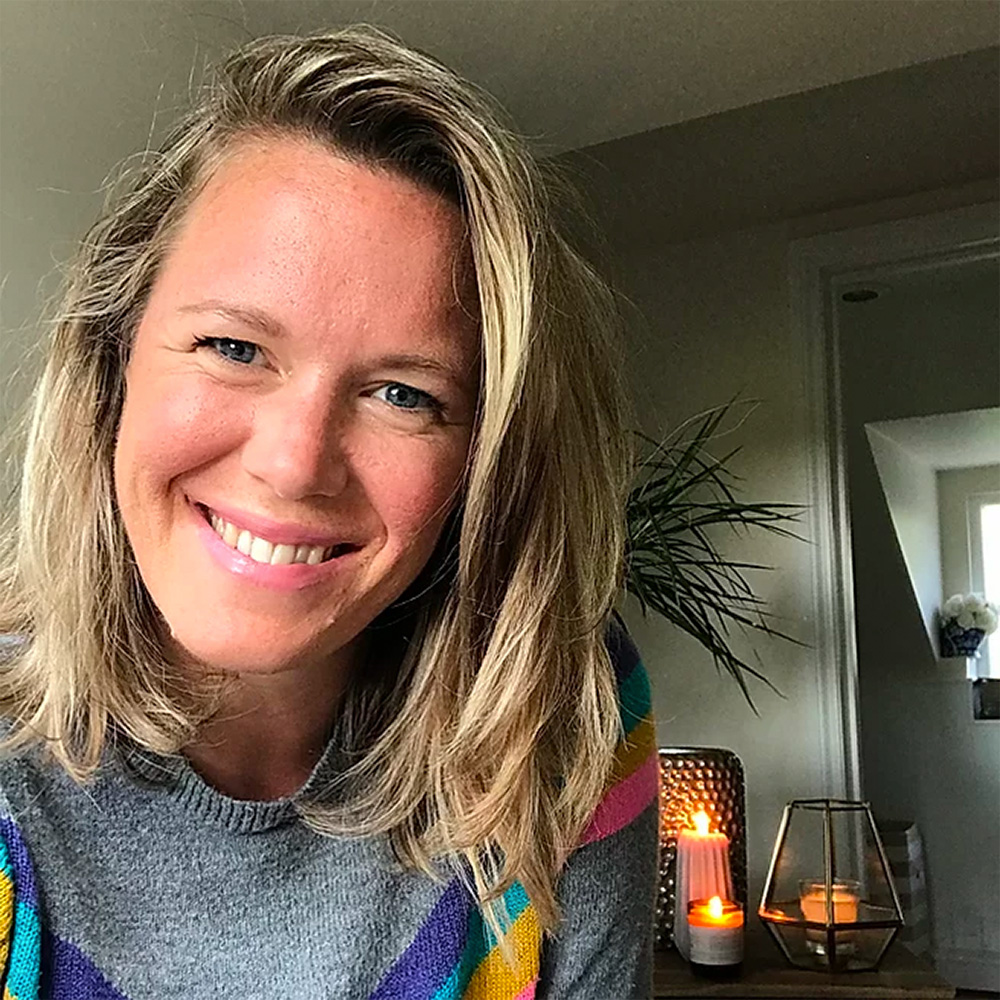 A common misconception is that the reason I can help families with solid sleep is because my four children are perfect sleepers.